If you want to know what wines to look out for from the last two vintages, here’s a tip: Pinot Noir and Shiraz are the star performers, according to judges at the National Wine Show.

The show is considered the pinnacle of Australian wine shows because entries in the premium and single vineyard classes have to have won a medal in another major show. The winners were announced in Canberra during the week, and for only the second time in the show’s history, a Pinot Noir won the top gong.  We’ll get to the winners shortly.

Chair of the judging panel, McWilliam’s chief winemaker Jim Chatto, was effusive in his praise for the show entries. “The 2012 and 2013 were great vintages in so many regions – we have been extremely lucky,” he said. “The Shiraz class was remarkable – of the 250 wines tasted we awarded a pretty incredible 23 gold medals from no less than 14 regions. Great stuff.” 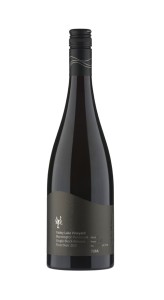 Another Mornington Peninsula winery, Paringa Estate, won a new award, red wine of provenance, intended to recognize not just a single vintage but a wine that has performed brilliantly over many years. Its 2002, 2008 and 2013 Pinot Noir beat two stellar Margaret River cabernet blends in the trophy taste-off – Xanadu Cabernet Sauvignon and Houghton Jack Mann.

The White Wine of Provenance award went to Peter Lehmann Wigan Riesling for its 2004, 2006 and 2014 vintages, beating two different single vineyard Tyrrell’s Semillons for the prize. As a long-time admirer of Lerida Estate, it was pleasing to see it take out the Chair of Judges Award for its 2013 Lake George Shiraz Viognier.

The Canberra District has established an enviable reputation for Shiraz Viognier and this one from Lerida has won a string of medals over the years. Among other awards, the 2006 vintage was champion wine of the 2007 Canberra Regional Wine Show and the 2009 won a trophy at London’s 2012 International Wine Challenge.

At 700 metres above sea level, Lerida Estate’s Lake George vineyard is actually marginal for Shiraz. But owner Jim Lumbers said, “Thankfully, 2013, like 2008 and 2009, was slightly warmer than average at Lake George, and, proving the truth of the French saying, ‘Greatness is found on the boundary of the possible’, allowed us to make an exceptional wine. In cooler, wet years, like 2011, we struggle to produce this level of quality.”

The 2013 Lerida Estate Shiraz Viognier will be released in mid-2015 and I’m looking forward to trying it.

Have you tried this Aldi wine?

As a footnote, it’s interesting that Aldi won Best Value Red Wine for its 2013 The Tudor Shiraz. Have you tried it? Let me know what you think.