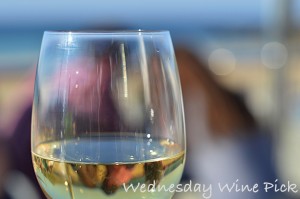 This year is a big year for Mudgee producer Robert Stein Wines as it celebrates its 40th anniversary. The company has always been at the vanguard of winemaking in the region, fine-tuning its product and keeping up with modern trends while respecting the region’s long winemaking tradition. Mudgee actually has a long and important association with Chardonnay, as it was the first Aussie region to release a wine labelled under the variety. Mudgee’s clone is believed to descend from Chardonnay introduced in 1832 by Robert Busby. The fruit that went into this beauty came from Robert Stein’s original Chardonnay vineyard planted 40 years ago. 2014 was a terrific vintage and the result is a nicely complex, subtly oaked wine, with gentle peach/butter notes and some zingy citrus. I can’t think of a better wine to toast this stalwart producer with.

The Stein family will celebrate 40 years of winemaking with a number of events during the 2016 Mudgee Wine & Food Festival, which runs from 9 September through to 3 October, 2016. More information: www.robertstein.com.au or www.mudgeewine.com.au