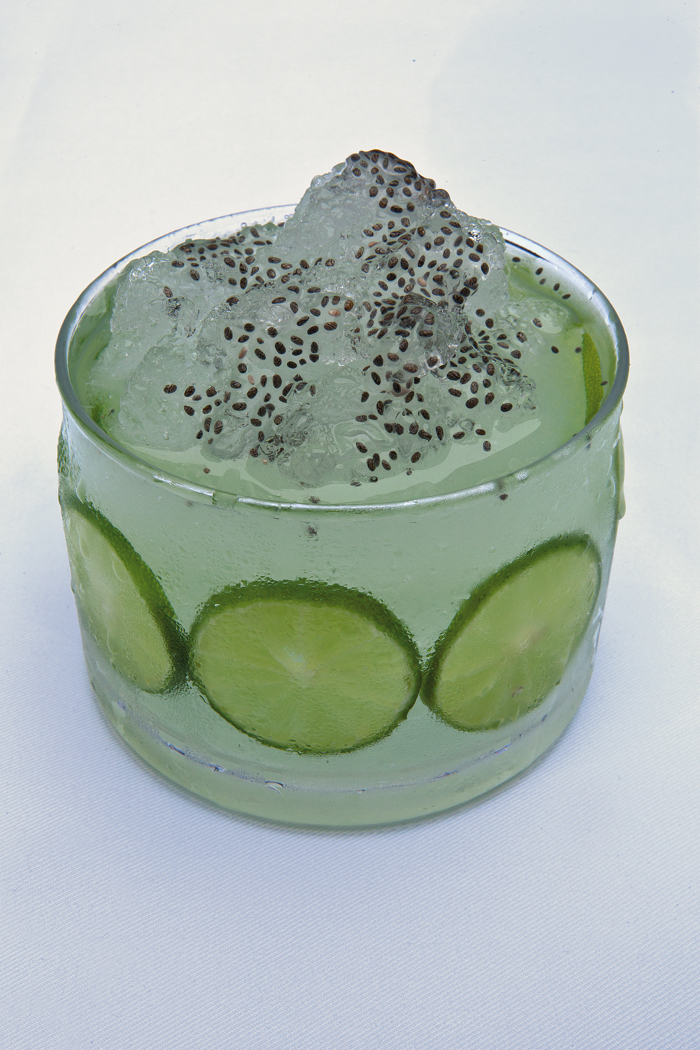 I have to confess I know very little about Peruvian cooking. Other than a few dishes cooked by my Peruvian neighbour when I lived in Canberra (hello Mariana), I’m not familiar with the cuisine. Nor have I had the good fortune to visit South America, a continent that has long been on my wish list.

But I do know that it is home to some of the so-called ‘superfoods’, quinoa and chia seeds, which I’ve been playing around with for some time. And I’m also aware of the great reputation that a number of Latin American chefs have earned for their creative cooking.

Peru is currently one of the world’s hottest culinary destinations, and leading the charge there is Virgilio Martinez. His restaurant, Central, in the Peruvian capital, Lima, was recently voted number one on the list of Latin America’s 50 Best Restaurants and fourth on the World’s 50 Best Restaurants list.

Martinez was the national skateboarding champion of Peru in the 1990s but, after an accident, decided to study law in Lima. During a holiday job, he discovered his passion for cooking, dropped out of university, and travelled to Canada and then London to become a Cordon Bleu graduate.

After working for 10 years in Canada, Europe and Asia, he became head chef of Gastón Acurio’s highly regarded restaurant in the Colombian capital, Bogota. The Michelin-starred chef returned to Peru to open Central in 2010 and now also runs two restaurants in London, Lima and Lima Floral, featuring modern Peruvian cooking.

Already in his relatively brief career, Martinez has done much to spread the word about how fresh, vibrant and healthy Peruvian cooking is. He runs Mater Initiativa, a foundation for research into, and protection of, Peruvian food culture. 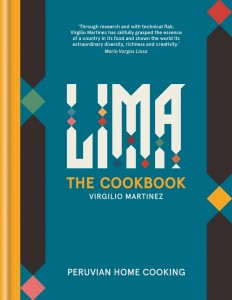 He has also just produced a cookbook, a beautiful, inspiring collection of recipes that are a modern take on traditional Peruvian flavours. LIMA the Cookbook is published by Hachette Australia (hardback $39.99; e-book $19.99) and is designed to make it easy to cook Peruvian dishes at home, wherever you live.

“My intention has been to translate Peruvian home cooking into a new modern language while retaining the essential comfort factor that makes us happy at the table,” writes Martinez. “These recipes are accessible to people all over the world who can try the dishes at home using their local produce.”

I’m not sure how a lot of Australians will go sourcing cancha corn kernels or chamomile flowers, but most of us will be able to whip up an Iced Lime and Chia Smoothie, the Sea Bass, Avocado and Red Onion Ceviche, or the exceptionally pretty Quinoa with Kohlrabi and Pearl Onions.

In any case, a culinary pilgrimage to Peru might be in order.

A plantain resembles a banana but it is bigger, longer, has a thicker skin and is starchier. It is always eaten cooked, baked or fried. Potatoes originate from the Andes, and there are more than 4,000 varieties registered in Peru. They are an excellent low-fat source of carbohydrate. In this recipe you can enjoy all three ingredients together in a delicious snack with dips. 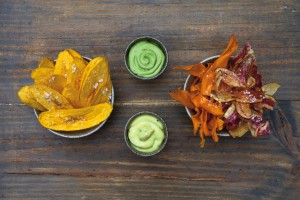 The highly nutritious chia seed is regarded as a superfood – it is particularly rich in omega-3 fatty acids – and is often used in cereal bars and granolas as well as smoothies. A member of the mint family, chia has been cultivated since pre-Columbian times. When soaked, its seeds produce a distinct gel that adds an interesting texture to dishes and drinks.

Place the sugar, the water, lime juice and ice cubes in a blender and blend on a high speed until smooth.
Add the chia seeds to the smoothie and leave the mixture to rest for 5 minutes to hydrate the chia seeds – they will puff up.
Meanwhile, cut the lime into slices. Pour the smoothie into glasses, and using a fork, push the lime slices down the sides of each glass to garnish.