Waiting to see how climate change will affect the coffee industry is not an option, according to Lavazza’s Mario Cerutti.

“We have a cloud hovering over our head. It’s dramatically serious,” he warned at the 39th international hospitality exhibition, HOST, in Milan, Italy.

“Climate change can have a significant adverse effect in the short term. It’s no longer about the future; it’s the present.”

Cerutti, Green Coffee and Corporate Relations Partner at Lavazza, one of Italy’s most important coffee roasting companies, was speaking at a series of sessions organized by the Consorzio Promozione Caffè at HOST.

Italy is a world leader in the coffee industry and nowhere is the scale of the business more apparent than at HOST, where the enormity of the coffee exhibition is staggering. 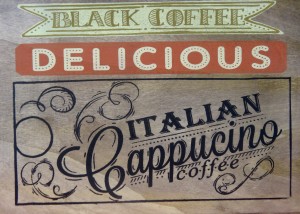 Cerutti warned that climate change would result in:

Lavazza was among a group of companies who set up a project in 2010 to explore the issue of coffee and climate change. The project is aimed at helping farmers respond better to climate change by changing their land management techniques to improve humidity and achieve deeper roots that better withstand drought.

Cerutti said there were around 60 to 70 tools that farmers could use to protect themselves against climate change. While there was a significant increase in cost associated with taking such measures, there was generally also an increase in profit margins.

The first stage of the Coffee and Climate Change project involved 3000 farmers. The project has just gone into its second stage and has been expanded to reach out to 70,000 producers, but Cerutti said the eventual goal was to reach out to all the world’s coffee producers, all 25 million of them.

“We’re hoping to extend the project to ministries of agriculture all over the world,” he said.

It’s a big call but clearly one that the world can no longer ignore if we coffee lovers want to continue enjoying our favourite beverage.

More information about the Coffee and Climate Change project.