After seven years waiting in the wings, the Roca brothers have claimed the coveted number one spot on The World’s 50 Best Restaurants list, sponsored by S.Pellegrino & Acqua Panna.

Long hailed as one of Spain’s most exciting places to eat, El Celler de Can Roca in Girona spent two years at number 2 on the list. It has now swapped places with Denmark’s Noma, which held the top ranking for the last three years. 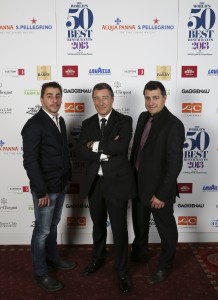 The Roca brothers (right) have gained global acclaim for their combination of Catalan dishes and cutting edge techniques and the passion that they share for hospitality.

Joan heads up the kitchen, Jordi is head pastry chef and Josep is head sommelier, in charge of front of house. Together they make a formidable team, creating a memorable dining experience.

El Celler believes in free-style cooking, with a commitment to the avant-garde, but remaining faithful to the memory of different generations of the family’s ancestors, all dedicated to feeding people.

The restaurant’s philosophy is one of “emotional cuisine”, with ingredients chosen to take diners back to childhood memories.

Supported by El Celler’s rise to the top spot on the list, Spain continues to dominate the top 10 with San Sebastian’s Mugaritz at number 4 and Arzak remaining at number 8. The country has five restaurants on The World’s 50 Best Restaurants list in total. 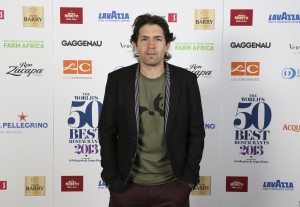 Melbourne’s Attica wins the Best Restaurant in Australasia award and takes home the Highest New Entry award, making its debut on the list at number 21.

Executive chef Ben Shewry (left) has carved a reputation for respecting nature and the environment, and working carefully with ingredients to demonstrate their pure flavour and texture.

Australian-born chef David Thompson’s Nahm in Bangkok climbs 18 places to number 32. Brett Graham, who began his cooking career in Newcastle, Australia, wins the number 13 place for his Notting Hill, London restaurant, The Ledbury, up one place from last year.

Spain’s counterparts in South America also have plenty to celebrate with Peru’s Astrid Y Gaston rising 21 places to be crowned the “Highest Climber” on the list. The continent has six restaurants on the list with Alex Atala’s D.O.M at number 6, once again named Best Restaurant in South America.  A specific 50 Best Restaurants Awards for Latin America will be held in Peru this September. 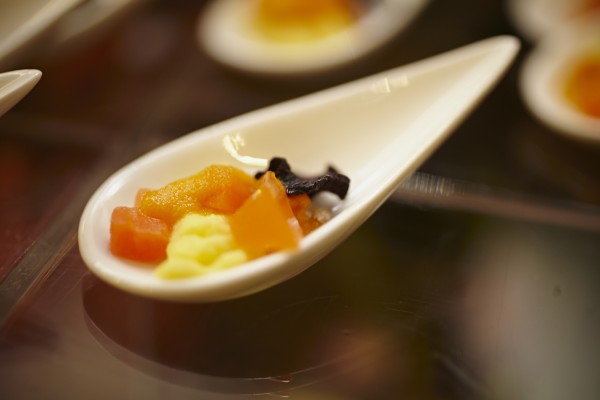 The UK contingent remains the same with last year’s highest new entry, Dinner by Heston Blumenthal, rising two places to number 7, Brett Graham’s The Ledbury up one place to number 13 and The Fat Duck ranked at number 33.

With six restaurants on the list, the USA remains a key international culinary force, matching France as the country with the highest number of restaurants on this year’s list. Best in class goes to Eleven Madison Park, number 5 on the list and taking the award for Best Restaurant in North America, from fellow New Yorker Per Se, which ranks at number 11 this year.

The individual Chefs’ Choice Award, voted for by the chefs within The World’s 50 Best Restaurants list, goes to Grant Achatz of Alinea in Chicago, which ranks at number 15. This year’s One To Watch Award recognises South Africa’s The Test Kitchen. British-born chef Luke Dale-Roberts’ first solo restaurant is located in a shabby-chic suburb of Cape Town.

The World’s 50 Best Restaurants is organised by Restaurant magazine and the awards were presented at London’s Guildhall on April 29. The list is created from the votes of the World’s 50 Best Restaurants Academy, comprised of more than 900 international leaders in the restaurant industry. Panels in 26 regions around the world are made up of food critics, chefs, restaurateurs and highly regarded “gastronomes”.