For the second successive year, the park, in Sydney’s Darling Harbour, will be transformed into a mini Macau for the weekend.

Everyone who attends has a chance to win a holiday for two to Macau, flying Virgin Atlantic and staying at the new Sheraton Macau. 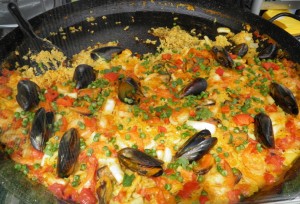 I went to last year’s inaugural event and loved the buzz around this colourful open-air event with its free entertainment and piazza of food stalls.

Among the free activities this year will be a rock-climbing wall, bungee trampoline, motor racing simulators, face painting and caricature sketching.

The event is organized by the Macau Government Tourist Office and will run in conjunction with Macau Food Week at the newly upgraded Feast restaurant in Sydney’s Sheraton on the Park.